Time never stops moving forward but sometimes we do and it feels like the whole world is leaving without us. We breathe easy and stay in place because our feet won’t lift from the ground. Stuck like gum. But we wish we could run, so fast, just to catch up.

We’re so caught up in this idea that we have to move at the same pace as everyone else. We can’t seem to sit down when everyone around us is standing up. 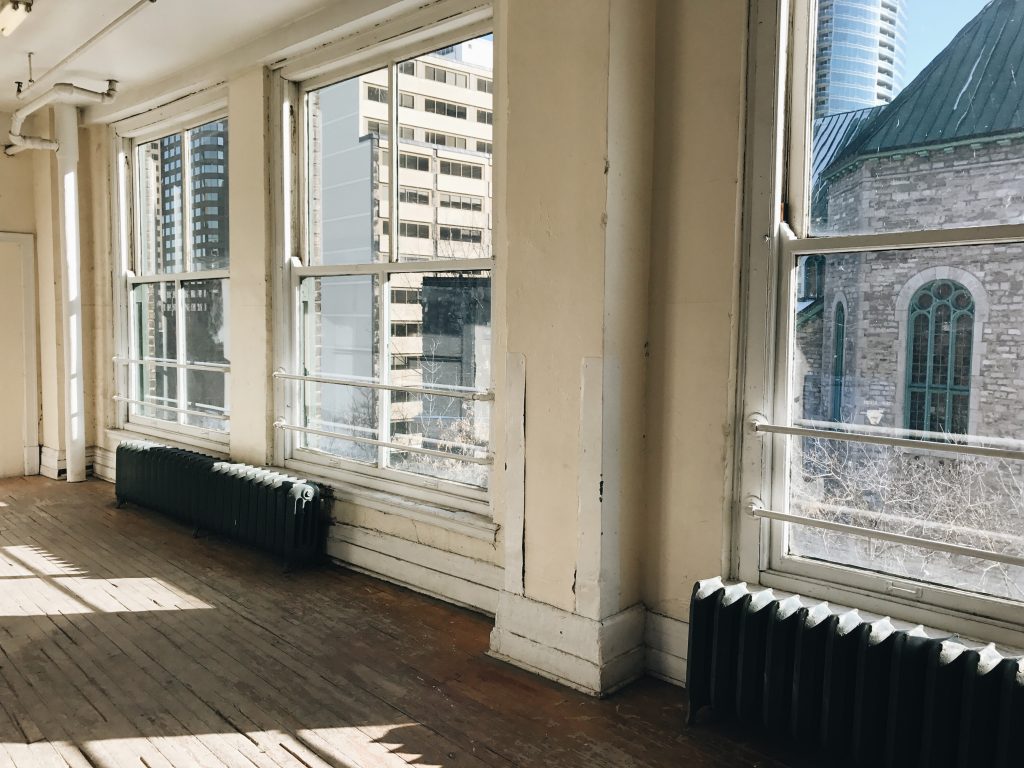 The thing with pain is, you forget how much it hurts once it’s over. I find myself telling everyone it really wasn’t all that bad. Because physical pain is momentary. And emotional pain is not something we want to remind ourselves of. Because you don’t remember the physical pain like you remember the emotional pain. Waking up becomes hard not because your body aches but because your heart does.

They said six weeks was all it would take. But I’m hitting nine and I still don’t fully feel myself. The doctors never take into account the healing of the mind.

Healing takes time. So much time. A lot of waiting. So much so, it feels unnecessary at a certain point. The end goal becomes blurred because you don’t really know what you’re waiting for. To feel better, I guess. But you feel so weak and you tell yourself, I never want to feel this way again. I don’t think you ever fully accept it. But at a certain point, you find a way to come to terms with it.

Out of pain comes strength, and if there’s one thing that healing has taught me, it’s bravery. Overcoming humiliation and fear and treating the sadness as a building block. Because the universe is not against you, but sometimes it makes mistakes. And sometimes we get hurt. If we can’t make art and love out of pain and sadness, take the good out of the bad, how can we overcome the hardships that are thrown at us?

There’s something about being in the car with her. The way she can cheer me up after a hospital appointment, stop for McDonalds and get me chicken nuggets. It seems like her Toyota has fostered so many of our memories together. 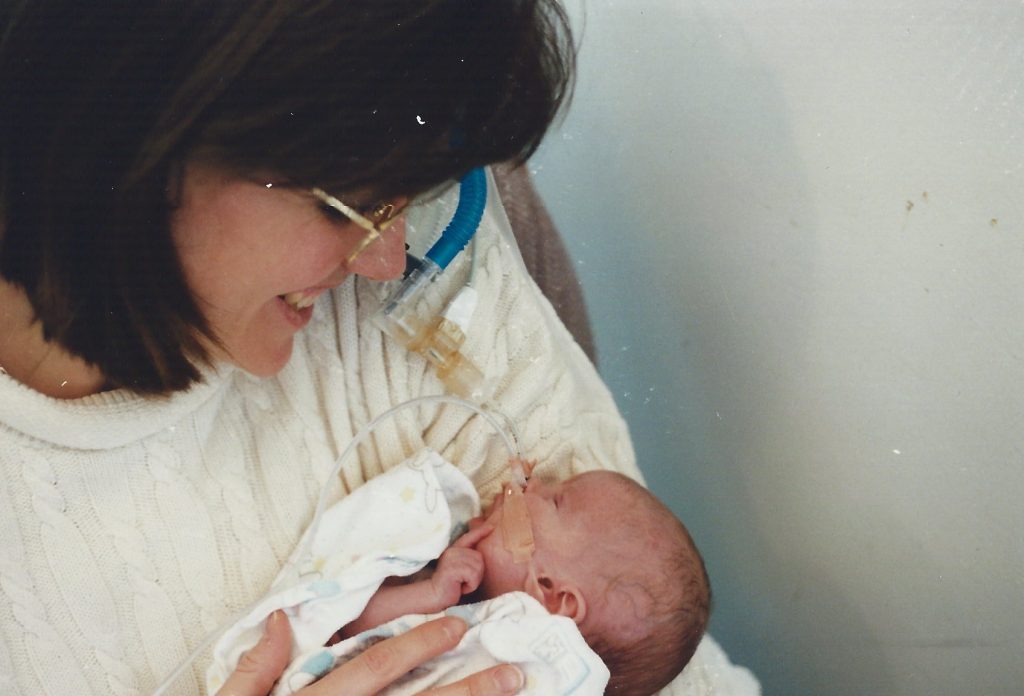 As I grow older, I lose out on many of the moments we’ve shared.

I miss long drives with her, monday night art classes, road trips to the states and spending two hours at target in Plattsburgh at nine in the morning.

I think of all the fun we’ve had, the traditions we’ve started outside of the car. I like to think we have our own “spot” in Brooklyn, Bagelsmith on Bedford. We always get the same bagels, me, a cinnamon raisin bagel with apple cinnamon cream cheese, her, a pumpernickel bagel with jalapeño cheddar cream cheese. We sit in the same seats, take the same picture. I miss going to New York with her.

Somehow, I’m always taken back to the car. When she used to pick me up after a party, and I was giddy with excitement, eager to tell her about all my adventures. Or the morning after a party, getting groceries, sitting in the car telling her all the crazy things my friends and I had done. When, at nineteen, I miss my train and she comes to pick me up at the bus stop.

I think we talk on the phone at least once a day. She’s always the first one I call when I make a new friend, or five, when I do well on a paper, when I find something cool or funny. I have a saved folder on my phone filled with memes and viral videos to show her when I get home. Everything I experience, I want to share with her.

I am my father in many ways. But in so many more, I wish I was my mother. She excels in everything she does. Makes it all look effortless. She’s artistic, creative, skilled, dexterous. Her spider-killing abilities are impeccable, too.

I want to show everyone how special my mother is. I want people to see her the way I see her; how I trust her more than anyone in the world, and have never doubted my love for her or her love for me. But I feel like no one could understand just how special she is because she is not their mother. She, or anyone, wouldn’t do half the things she does for me for anyone else. 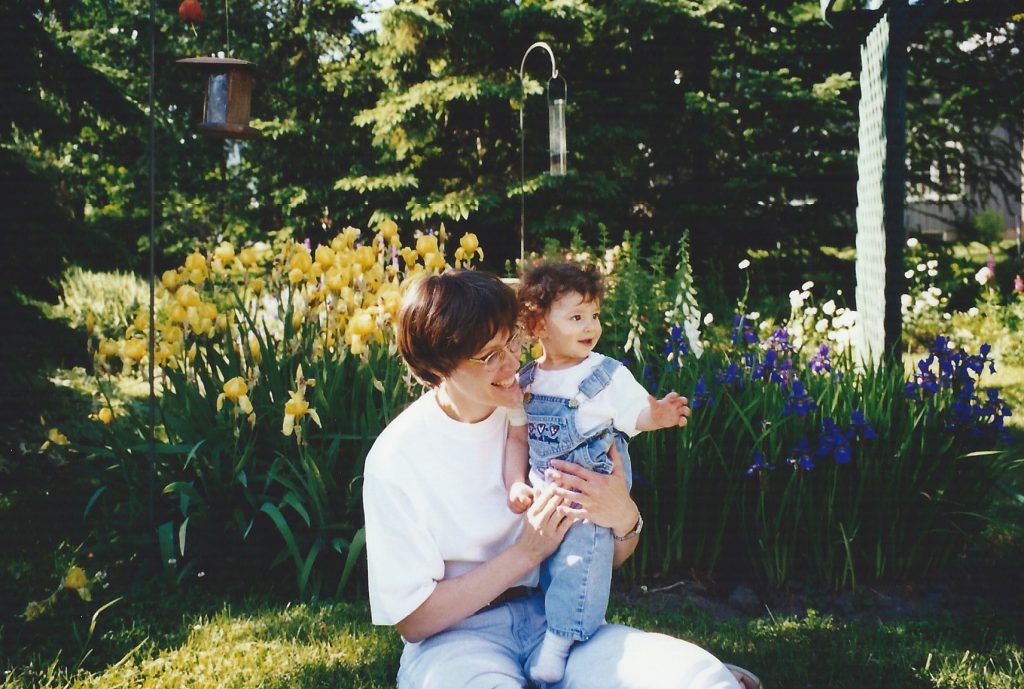 Whenever I’m sitting in someone else’s car, I will never get the same feeling as if I were in hers. I’ll wish I was back beside her, listening to the Shrek soundtrack, or switching the cd immediately when my band’s music comes on. I’ll wish I was driving down to Albany and stopping for breakfast. Making jokes while waiting in line at the border. Waiting for her outside the bathroom. Often, because she always drinks so many Diet Cokes. Only to get back in the car. And eventually drive home. Together. Always. 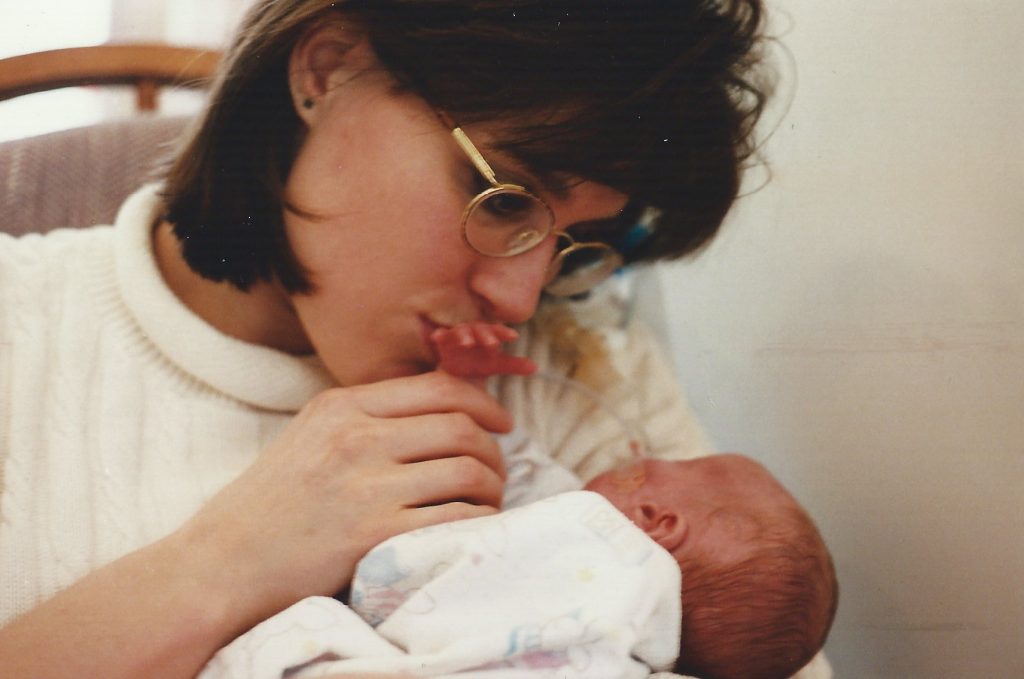 i struggle so deeply

-i will have to wait till i’m a mother

On Twenty Sixteen: A Year in Review

I’ve tried my best to recollect the year. The positive and the slightly less. Twenty sixteen held a whirlwind of emotions, feelings, memories. So many highs, weighed down by some lows. I can’t lie, it wasn’t always easy. But I’m really struggling to say it was a bad year. Because while the bad times were bad, the good times were really good. 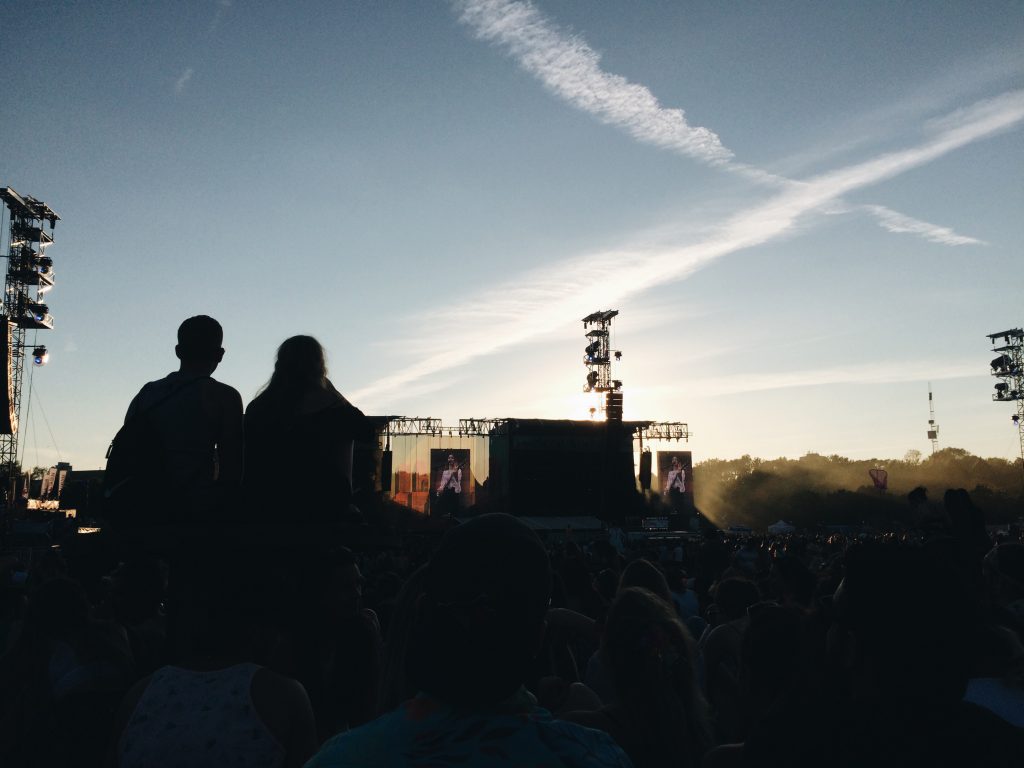 Twenty sixteen was a year of change.

I released my art into the world. It was scary and exciting and also much needed.

I lost my way, I cried over the wrong people and I got hurt. I experienced instability. People came and people went. But I also met the ones that I think will stay.

I started a new chapter. New friends, new projects, new experiences. But I also struggled to move away from the old. New emerged out of the old and I felt torn between future, present and past. Until I found home in two places, and realized that I didn’t have to let go of the old to grab on to the new. I have two hands to keep me balanced.

I touched love and it didn’t shy away. I fell in and out over and over again. I think I will always be in love.

I took long drives and fell in love with the sunset. We danced amongst the warm air with The Lumineers and The Paper Kites as our soundtracks. The sadness always seemed to fade away amongst good company. Summer was a transitional period that left me confused and lost. But come Fall, I found my way. 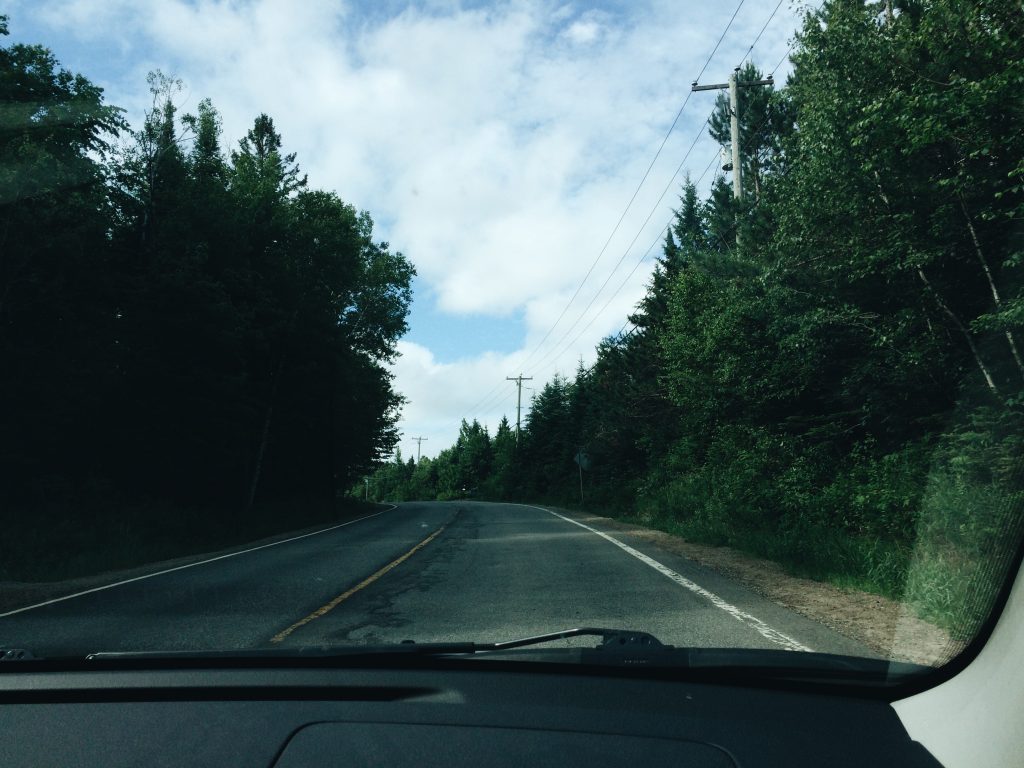 Twenty sixteen was a year of fun. 3am nights on the back patio after a night of friends and fun. Night busses and falling asleep in the back of the uber. Iconic parties and reckless actions. Thursdays at Reggies, Saturdays wherever the crew was hanging. Concerts. Festivals.

I was light. I laughed a lot. Let myself go. Felt free. I played around. Drank too much. Forgot nights. Kissed strangers. Kissed friends.

I made memories, created nights to remember.

I didn’t stop. Until I came to a crashing halt. November came at a bad time. My body said no. I took a break.

But December came around and so did I. It was filled with reflection but also action. I continued living. I stopped waiting. Finally. 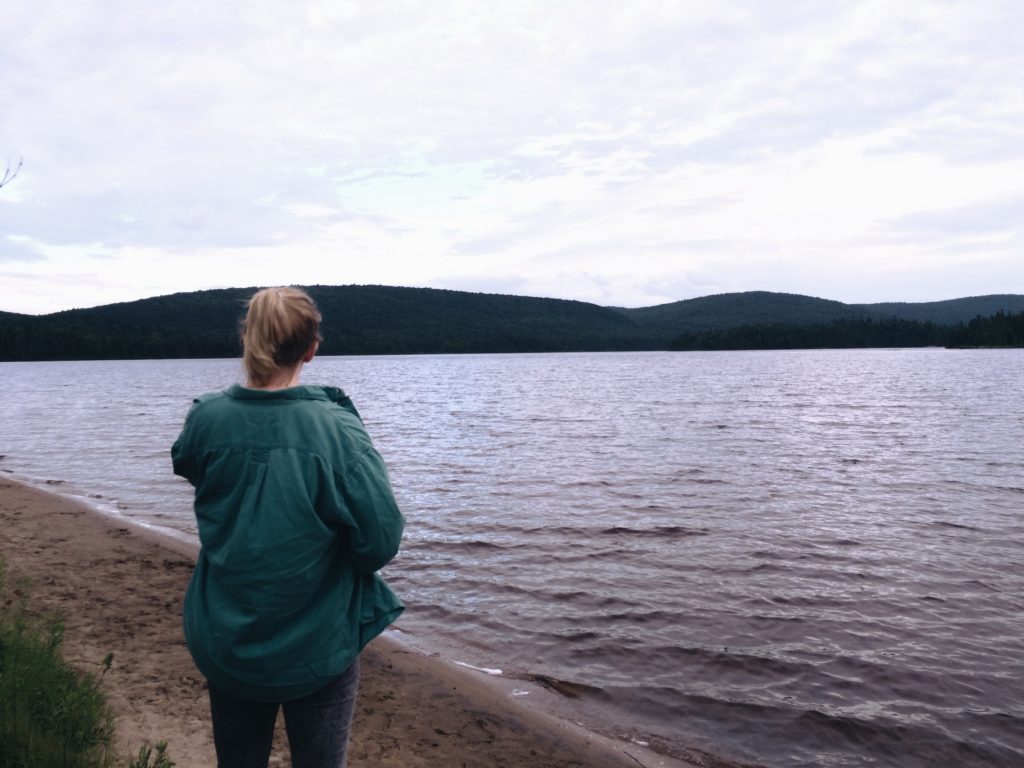 Twenty sixteen was a year of progress and learning. My final thoughts on the year that changed me but kept me grounded;

The Music that Changed Everything in 2016 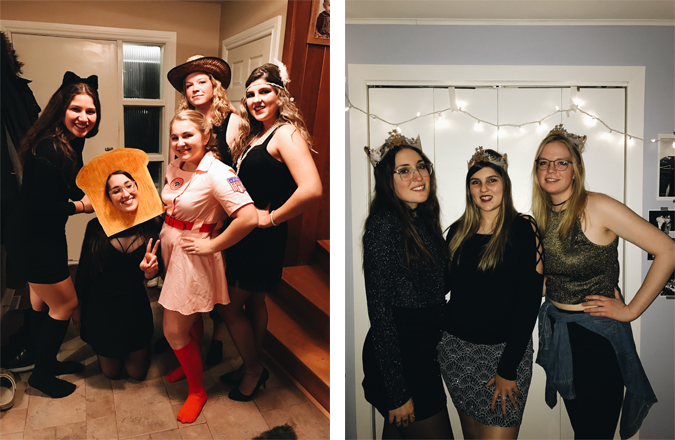